The earliest windows there contained two figures, one above the other, depicting the genealogy of Christ. The figures were in the clerestory and are large so that they can be clearly seen from the ground. Those few that remain have dramatic grandeur and the painting has great simplicity and strength, accentuated by the lead lines. There is a great range of deep colours. The Stained Glass Museum holds a similar example from Soissons Cathedral, France. 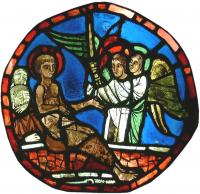 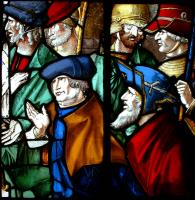 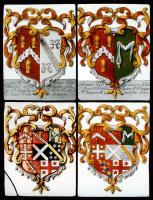