The Stained Glass Museum was founded in 1972 as a repository to rescue stained glass windows under threat from destruction. Many of the stained glass panels and windows in the collection were originally installed in Anglican churches which had been closed and made redundant. Some of these buildings were demolished and others were converted for alternative use. In several cases, significant stained glass windows were rescued from the building prior to demolition or modification.

In 1979 The Stained Glass Museum first opened to the public in the north triforium of Ely Cathedral. A number of windows rescued by the museum formed part of this display, which sought to draw public attention to this fragile heritage display fine examples of the art form.

After a successful 25th Anniversary Appeal, funds were raised to refit the Museum in the south triforium of Ely Cathedral and the Museum re-opened in April 2000. Between 2012 and 2013 a flexible display project was completed in the gallery.

Since, the museum first opened, its collection has grown through a number of significant acquisitions (donations, bequests and grant-funded purchases). Additional panels on loan from the Victoria & Albert Museum, the Royal Collection, and Friends of Friendless Churches as well as individual lenders can also be seen in the museum's gallery.

Today the museum has an internationally-significant collection of stained glass illustrating the development of the art from the medieval period to the present day. It is the only museum dedicated to stained glass in the UK, and one of a handful of places in the world with such a broad chronological span of stained glass exhibits. Through its collections, educational visits for schools and other groups, diverse series of public events and practical glass workshops for adults and children the museum offers a variety of opportunities for engaging with our stained glass heritage.

On 27 November 2018, our Patron His Royal Highness The Prince of Wales visited the Stained Glass Museum to celebrate its 40th anniversary of opening to the public. His Royal Highness visited the museum to see how the collection has developed in recent years. During the visit he met Trustees and staff of the museum, who presented him with a stained glass panel made by artist Deborah Lowe as a gift. His Royal Highness also met a group of children from Lantern Primary School in a glass fusing workshop. After visiting the museum gallery, His Royal Highness joined over 200 invited guests at a reception in his honour in the Lady Chapel of Ely Cathedral. At the Reception he cut the museum's 40th birthday cake and unveiled a plaque commemorating the visit. 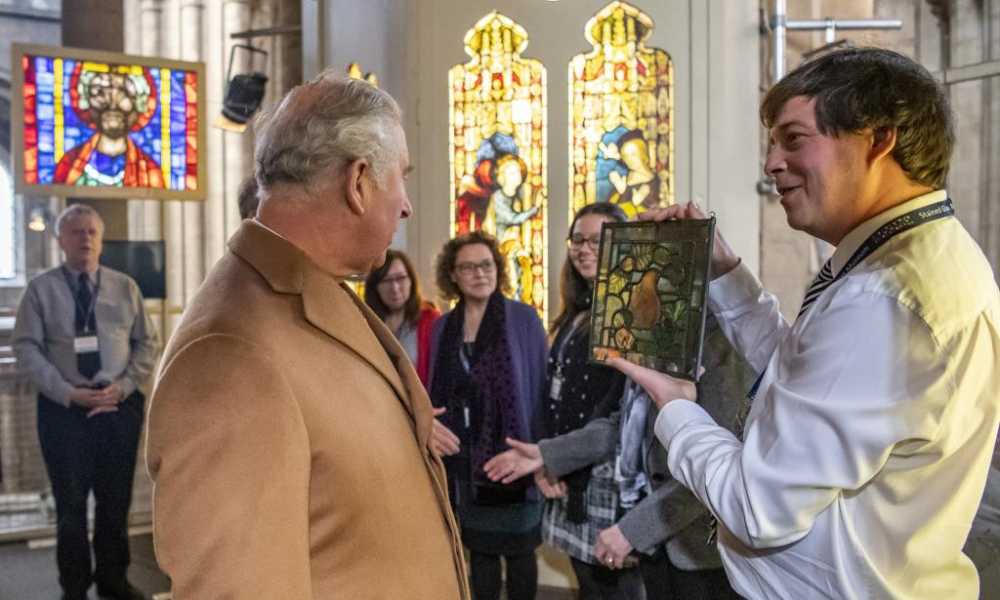 Shop & Visitor Services Manager, Steven Jugg, presents HRH The Prince of Wales with a stained glass panel depicting a red squirrel, commissioned by the museum and made by artist Deborah Lowe. 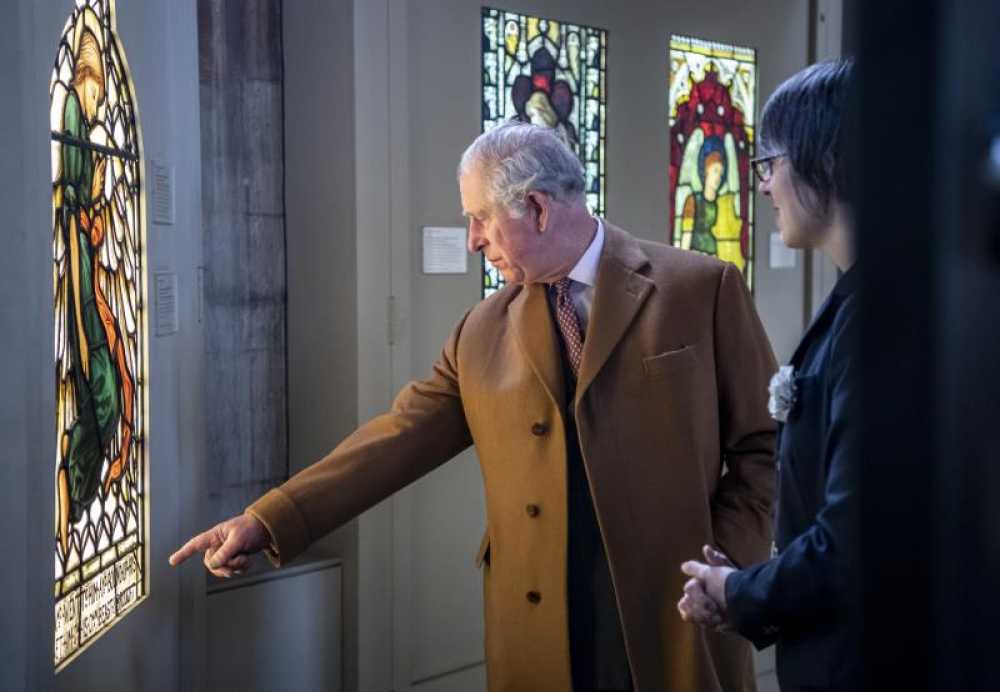 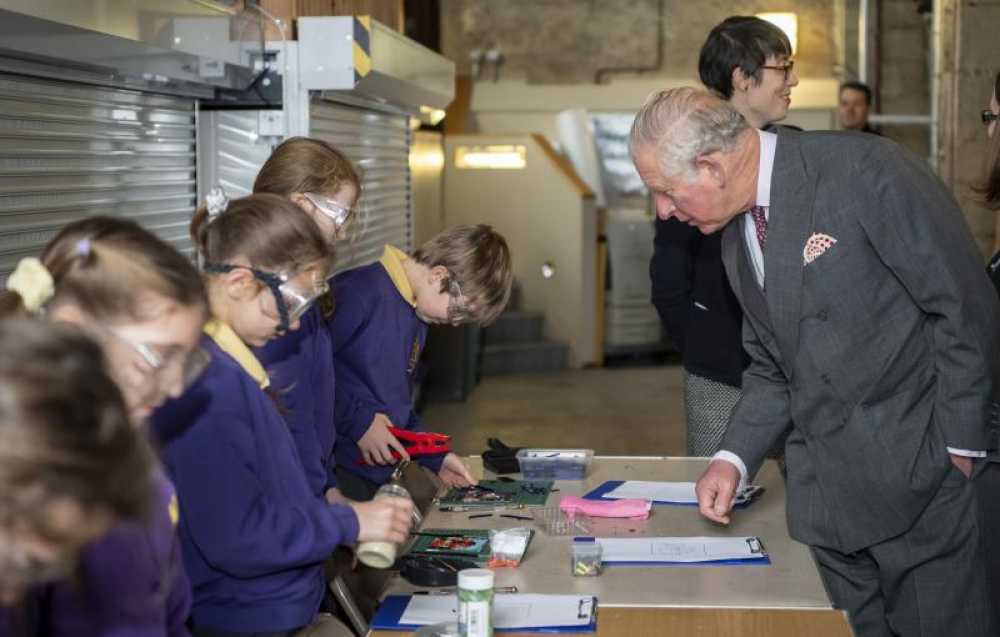 HRH The Prince of Wales meets children from Lantern Primary School during a glass fusing workshop. 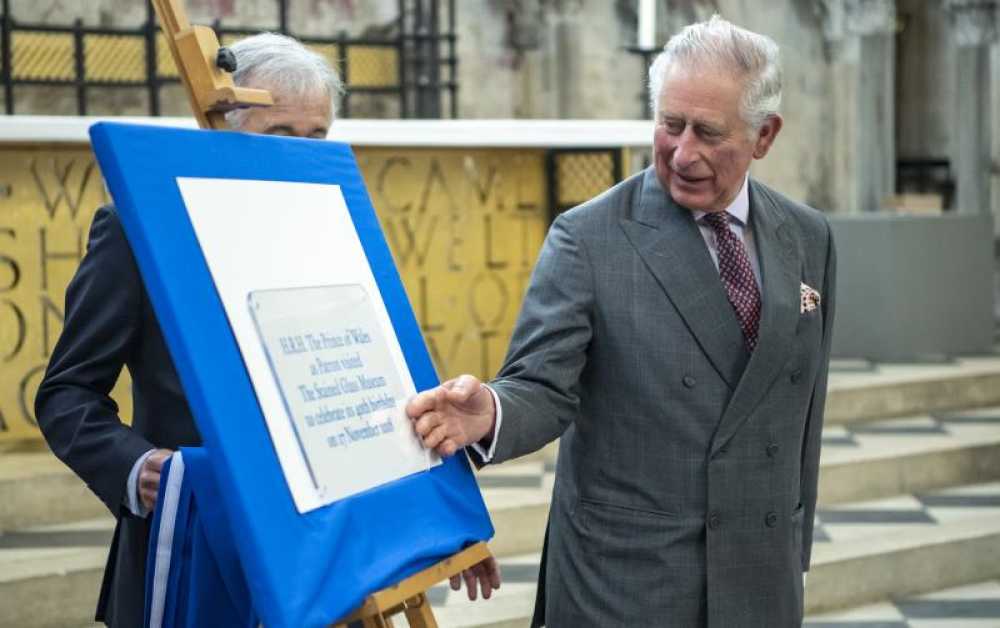 HRH The Prince of Wales unveils a plaque to commemorate his visit. 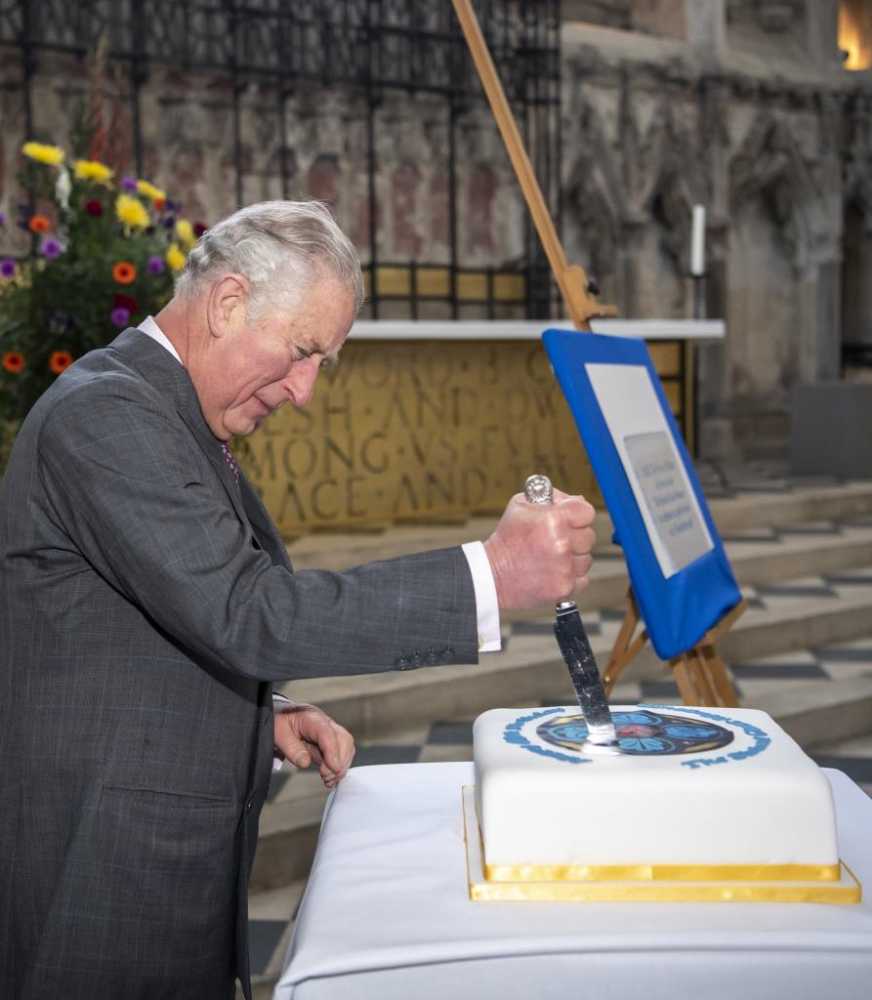 HRH The Prince of Wales cuts the birthday cake